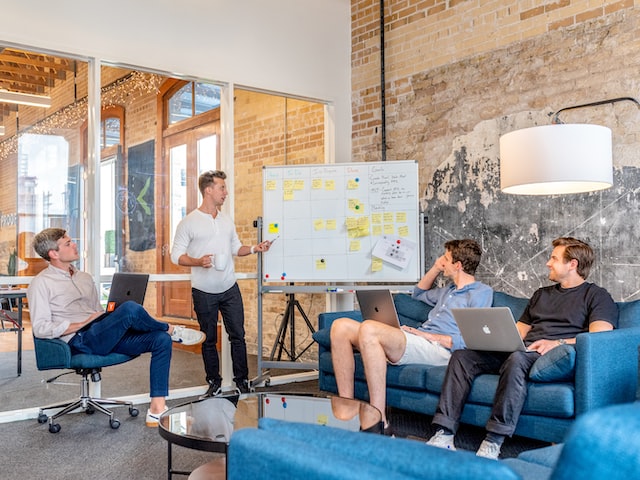 Connecticut’s ban on “captive audience” meetings, which unions say are used to thwart organizing, is unconstitutional and a preemption of federal labor law, a coalition led by the U.S. Chamber of Commerce claimed in a lawsuit filed Tuesday in U.S. District Court in Hartford.

The lawsuit, joined by the Connecticut Business and Industry Association and trade groups representing retailers and others, says the ban violates free-speech and equal-protection rights under the Constitution by “chilling and prohibiting employer speech” with their workers.

Connecticut is the third state to pass a captive audience law and the only one where the law has not been repealed or is under a court challenge, inviting a test of whether the state can go beyond the confines of the National Labor Relations Act to create a more hospitable environment for union organizers.

“This is a broad coalition,” said Chris DiPentima, the president of CBIA, the state’s largest business association. “The Connecticut law is essentially a gag order — an unnecessary and unconstitutional infringement on the rights of employers to communicate with employees in the workplace.”

Passage of the law by a labor-friendly Democratic majority came at a pivotal time for an American labor movement fighting to broaden its reach with organizing efforts at Amazon and Starbucks, symbols of the evolving online and service economies.

Overall, unions won more than 600 elections for the right to represent workers in the first half of 2022, the most in nearly two decades, according to tracking by Bloomberg Law.

“No employer should be able to force a worker to attend a meeting to coerce their opinions on religion, politics, or union organizing,” Ed Hawthorne, president of the Connecticut AFL-CIO, said at passage. “And no one should be fearful at work for exercising their right to join a union.”

Filed a week before the election, the lawsuit amplifies Republican talking points that Connecticut has been hostile to business, contributing to lackluster economic growth. Labor victories and business defeats have come in fights over minimum-wage increases and paid family and medical leave.

DiPentima said the timing was coincidental.

“Because the coalition is such a broad group of people, it took most of the summer and fall to get all those associations together, get all the supporting documentation together,” DiPentima said. “There was an expectation it would be filed in September or October.”

The bill won final legislative passage on April 29 and was signed by Gov. Ned Lamont on May 17. It passed with only two Republican votes, one in each chamber. The law took effect on July 1.

The defendants in the lawsuit are Commissioner Danté Bartolomeo of the state Department of Labor, the department itself, and Attorney General William Tong.

Tong’s office is reviewing the litigation, a spokesperson said.

If not geared to the election, the lawsuit underlines a longstanding position of the CBIA that the General Assembly does not adequately consider the economic impact of legislation, including the captive audience law, DiPentima acknowledged.

The Connecticut law bans employers from compelling attendance at meetings where the employer is sharing its views on religious or political matters, including unionization. It creates a right for workers to sue for damages.

DiPentima said the law also has unintended consequences, discouraging companies from calling meetings over diversity, equity and inclusion policies, which can include references to religion.

In 2008, the U.S. Chamber of Commerce financed a successful challenge to a California law that regulated employer communications with employees without banning mandatory meetings. In Chamber of Commerce of the U.S. v. Brown, the Supreme Court struck down the law in a 7-2 opinion, concluding it was preempted by federal law.

The plaintiff’s counsel in Chamber of Commerce of the U.S. v. Brown was Morgan Lewis and Bockius of Washington D.C., the same firm behind the Connecticut lawsuit, DiPentima said.

The law and federal lawsuit are elements of an unending struggle between labor and business dating to the passage in 1935 of the Wagner Act, which established the right of most workers to join unions, compelled employers to negotiate and established the federal government as the arbiter of labor relations.

Big business called it an unconstitutional intrusion into labor-management relations. The Supreme Court upheld the law’s constitutionality by a 5-4 decision in 1937.

Over the veto of President Harry S Truman, a Republican congressional majority passed the Taft-Hartley Act in 1947, narrowing the definition of unfair labor practices and empowering businesses to argue against unionization so long as “such expression contains no threat of reprisal or force or promise of benefit.”

“The expressing of any views, argument, or opinion, or the dissemination thereof, whether in written, printed, graphic, or visual form, shall not constitute or be evidence of an unfair labor practice under any of the provisions of this subchapter [of the NLRA], if such expression contains no threat of reprisal or force or promise of benefit,” the law says.

With Congress hostile to strengthening the hand of unions in organizing, as well as increasing the federal minimum wage and mandating paid family and sick leave policies, labor turned to friendlier states, Connecticut among them.

Wisconsin and Oregon adopted captive audience laws a dozen years ago. Wisconsin repealed its law after being sued. During the Trump administration, the National Labor Relations Board sued Oregon over its version in February 2020, arguing federal preemption.

Connecticut managed to twice pass minimum wage legislation since 2011, most recently a law that raises the hourly minimum to $15 next year, then pegs future increases to the Employment Cost Index, a measure of wage growth calculated by the federal Bureau of Labor Statistics.

But captive audience bills stalled in the face of legal questions and concerted Republican opposition, including a planned filibuster in 2019 organized around offering and debating more than 40 GOP amendments.

In 2018, Attorney General George Jepsen, a Democrat who once worked for a union, advised the General Assembly that the state has police powers to regulate worker safety and provide a minimum wage but warned that a captive audience bill filed that year likely would be deemed by a court as preempted by the NLRA.

His successor Tong, also a Democrat, did not disavow Jepsen’s opinion but instead concluded a case could be made to defend a revised version proposed in 2019, only to falter in the face of a GOP filibuster, and the one passed in 2022.

In written public hearing testimony, Tong said the 2022 legislation was written to stand outside the reach of the NLRA preemption and within the “generally applicable, minimum standards legislation that the Supreme Court has concluded states retain the power to enact.”

Tong conceded in a formal opinion issued regarding the 2019 bill, which he says was substantively similar to the one passed in 2022, that such a law would be “defensible” against a preemption challenge, not bulletproof.

“This is not to say that the question is free from doubt,” he wrote.