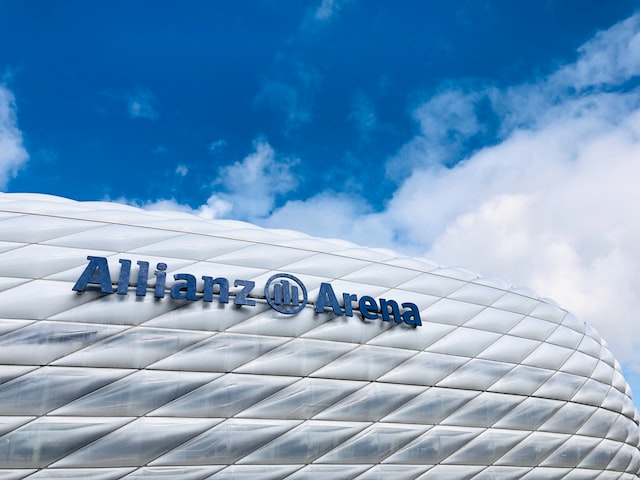 The market leader Allianz is raising its overall interest rate, which could have an impact on the entire industry. What this means for savers.

For a long time, it was a foregone conclusion that life insurance was no longer worthwhile. The interest rate was too low, the return too low. Until now. In view of the interest rate turnaround, Allianz Lebensversicherung is raising the overall interest rate to 3.5 percent, as t-online learned in advance. This is seen as an important indication of developments in the industry, as many insurers are taking their cue from the German market leader.

Overall, this corresponds to an increase of 0.3 percentage points compared to the previous year. The financial markets have been “extremely volatile” in 2022, the insurer says. The trend in interest rates is now clearly pointing upwards, which should make savers happy.

“This is a clear signal at a time when many people fundamentally want to improve their provision for the future,” says Katja de la Viña, CEO of Allianz Lebensversicherung.

Interest rates for call money accounts also rise
“Through the offerings of a financially strong life insurer, people gain access to a broad mix of different asset classes even with small investments and can safely take advantage of opportunities in the capital markets,” de la Viña said.

So in its so-called “Vorsorgekonzept Perspektive,” Allianz is now raising its interest rate to 3.5 percent. In the classic life and pension insurance, the rate will rise to 3.2 percent. The current interest rate included in each case increases to 2.6 and 2.5 percent.

And even away from long-term investment models, interest rates for savers have risen again. From a barely noticeable 0.05 percent, Allianz is increasing the interest on its deposit account, which functions like a call money account, to 1.0 percent.

Significant increase since the summer
The insurer is not alone in this. Several banks are currently offering new customers more than 1 percent interest on overnight deposits. Fixed-term deposit accounts are currently even attracting customers with annual interest rates of 3 percent. By way of comparison: as recently as August, just 2 percent was available.

“Who places its money for two years firmly, can for it with banks with seat in the European Union foreign country up-to-date up to 3,10 per cent interest rake in. With these conditions a time deposit investment at a value of 10,000 euro throws off 630 euro interest over the full running time , said recently olive Maier, managing director with the comparison portal Verivox.

“German banks pay a peak of 3.05 percent for fixed-term deposits with a term of two years. That’s more than twice as much as local banks were offering at the time of the first ECB interest rate hike in July.”

Does this mean a return to savings books as the investment of choice? Hardly. For decades, it has no longer been worth investing your money in traditional savings products over the long term.

The cracked 3 percent mark for fixed-term deposit accounts looks attractive after years of low and even negative interest rates. Inflation in Germany surprisingly eased in November, but at 10.0 percent above the level of the same month last year, it remains high. Saved money is therefore still losing purchasing power at the bottom line. Incidentally, this is not a new development, as an evaluation by the Bundesbank shows. Negative real interest rates have been “more the rule than the exception” in recent decades.

What’s more, the upward trend could continue. Not all banks have yet raised their interest rates so significantly. So it could pay off not to put all your eggs in one basket right away. Those who commit all their money too quickly could miss out.

Life insurance widely used
Nonetheless, long-term investments such as life insurance policies were long regarded as the way to go. Once taken out, investors could relax and put their money aside. But with the decline in the guaranteed interest rate and surplus sharing, it became less and less worthwhile to take out a new policy of this kind.

However, the guaranteed interest rate is not determined by the insurance companies themselves, but is set by the Federal Ministry of Finance. It designates the maximum interest rate that insurers are allowed to use when calculating actuarial reserves. For life insurance policies, it has been 0.25 percent since January 1, 2022. This is intended to prevent insurers from overreaching themselves with guarantee promises.

ETFs as a means of countering negative real interest rates
An investment mix ensures that savers are prepared for various situations. A call money account is particularly suitable as a flexible place to park money. As the name suggests, the money is available on a daily basis and can be used at short notice – for example as a financial buffer for unforeseen expenses. However, this flexibility comes at a cost, and so only low interest rates can be expected here. At least the days of negative interest rates are over.

A fixed-term deposit account, on the other hand, ties up the money for a certain period, but offers a higher interest rate in return. The best opportunities for returns are still on the stock market. The easiest and relatively low-risk way to earn money here is with exchange-traded index funds, also known as ETFs. However, patience is required, because in the long run profits beckon, but for this price slumps must be sat out. Therefore, only money that is not immediately needed should be invested here.