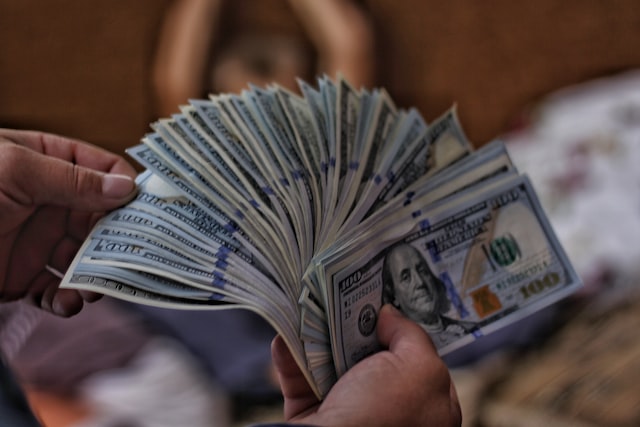 The Federal Reserve’s interest rate hikes are unsettling global markets and prompting other central banks to prop up their domestic currencies.

Governments around the world have sought to stabilize their currencies and defend their economies against the Federal Reserve’s rapid interest rate increases, which have tilted the field in favor of the dollar. Their efforts highlight both the interconnected nature of the global financial system and its vulnerabilities.

The Fed has raised rates five times this year and is expected to make further moves as inflation remains high in the United States. The rate increases have lifted the returns on offer to investors buying U.S. assets, drawing money into America and strengthening the dollar. Since the U.S. economy is on firmer footing compared with the rest of the world, investors worried about a global downturn are also pouring money into the world’s largest economy — making the dollar even stronger.

As a result, the currencies of other countries — which are valued in relation to each other — have weakened, upsetting markets in some of the largest economies in the world, from Japan and China to India and Britain.

The Fed “is supercharging the U.S. dollar, curtailing the ability of other global central banks to effectively stabilize their economies,” said Seema Shah, the chief global strategist at Principal Asset Management.

Part of the impact of the Fed’s moves on other regions is economic. A weaker currency means that it costs more for a country to import food, energy and other goods. That adds to domestic inflation, hurts households and could contribute to a global downturn.

The surge in the dollar’s value has also made it harder for foreign borrowers who have debt denominated in U.S. currency to repay their loans. And, as investors have funneled cash away from their own countries and into the United States, the yields on foreign sovereign bonds — which are indicative of the cost of borrowing for foreign governments — have increased.

But there is another issue troubling investors and policymakers. Global markets are connected, with prices for assets around the world linked to one another. And so rising U.S. interest rates have prompted sharp shifts in global currencies, bonds and equities, causing markets to react suddenly and simultaneously.

“The Fed has pushed financial markets in one direction really fast,” said Claudia Sahm, the founder of Sahm Consulting and a former economist at the Federal Reserve. “Markets need time to adjust.”

For U.S. policymakers, the ructions in global financial markets present a challenge: Inflation is high and needs taming, but the solution — sharp interest rate increases — is starting to disturb the financial system so much that some analysts warn it could snowball into a bout of serious instability. But the Fed has shown little appetite to change course quickly. It is expected to raise rates again next week, and lift them further later this year and into 2023.

These reserves have declined this year because most currencies, apart from the dollar, have weakened. Reserves have also shrunk because countries have sold dollars to buy back their own currencies in order to prop them up. Bond prices, too, have fallen because rising interest rates mean that investors can find higher returns elsewhere.

Precise data is hard to come by and varies from country to country, making it difficult to know the full extent of government intervention in currency markets around the world.

In September, the Japanese government spent nearly $20 billion buying its own currency to stem its rapid decline — its first intervention of this sort since 1998. Analysts said the action had reduced some of the volatility in the market, but its effects were short-lived, and the currency has continued to slide.

Last week, the Japanese yen fell to its weakest level against the dollar since 1990, down more than 23 percent for the year, before a brief, sharp snap back. That led to speculation among traders that the government had intervened again. The Japanese government has not provided official confirmation that it did.

India’s central bank has been selling its reserves of dollars, and buying back rupees, since March. In the year through August, it bought back $43 billion of rupees. Its currency has fallen roughly 10 percent against the dollar this year.

“The global economy is in the eye of a new storm,” said Shaktikanta Das, the governor of the Reserve Bank of India, in his latest monthly statement .

Most countries that have intervened to try to halt the slide in their currencies have managed only to reduce the pace of it, said Brad Setser, a senior fellow at the Council on Foreign Relations and a former adviser to the Biden administration. “It has been very hard to stop the pressure created by the Fed’s hikes,” Mr. Setser said.

Officially, China has yet to directly intervene to protect its currency despite a gentle depreciation, both because of the yuan’s strength compared with other Asian currencies and because the government has established national bank policies meant to support the value of the yuan.

“It’s a bit murky what is happening there,” said Mazen Issa, a senior currency strategist at T.D. Securities, noting that China is allowing the yuan to drop in value against the dollar more than usual. “It’s becoming harder to manage the currency weakness against such a strong dollar.”

While many nations have been using cash reserves to intervene, some have been selling U.S. government bonds. As foreign reserve balances run lower, there is a risk that countries will begin to sell Treasuries more aggressively. Bankers said China, Japan and India had sold Treasuries in recent weeks to help support their currencies.

When foreign investors sold Treasuries in large sums in 2020, U.S. government bond prices gyrated in ways that prompted investors to swiftly dump their own Treasury holdings as a set of highly leveraged bets based on typical pricing patterns unexpectedly soured. As foreign officials and hedge funds sold Treasuries, normal trading broke down, forcing the Fed to buy bonds at a tremendous scale to restore proper functioning in the world’s most important debt market.

The question for the United States is whether the rising dollar will come back to bite it by chipping away at demand for American government debt — either by forcing more selling or by leaving fewer buyers in the market for Treasuries. It is already tougher than usual to find buyers for U.S. bonds, and a pullback by foreign government investors could exacerbate that situation.

“The here and now is: Everyone is worried about foreign exchange interventions,” said George Goncalves, the head of U.S. macro strategy at the Japanese bank MUFG.

Britain’s bond market has already experienced a bout of intense dysfunction, one that prompted temporary intervention by the Bank of England, following a government spending and tax cut proposal that spooked investors. While the cause of the breakdown was a one-off, some have pointed to the episode as a sign that conditions are strained to snap at the first sign of trouble.

Cracks have begun to emerge in other bond markets, too. South Korea has doubled the amount of corporate bonds it is willing to buy through state banks, fearful of a credit crunch.

Japan’s central bank, unlike most of its global counterparts, remains committed to keeping rates low as it attempts to stoke inflation. But that policy is hard to stick to as the Fed lifts interest rates, weighing on its currency but also pushing up Japanese bond yields by increasing borrowing costs.

The Bank of Japan recently bought more of its own government bonds to keep its bond yields low. But the government’s outsize holdings have meant that days have sometimes passed without any government debt trading at all, a sign of market frailty.

There is another risk, too. While Japan remains committed to holding interest rates low, at least for now, there is market speculation that it could begin to allow domestic yields to rise next year, luring its domestic investors away from the United States. That would matter to U.S. and global markets, since Japanese investors have historically been a big buyer of Treasury bonds.

“What could really create problems for Treasury markets next year is if Japan allows its yields to move higher,” said Greg Peters, a chief investment officer of PGIM Fixed Income and a former adviser to the U.S. Treasury. “In that environment, you would see real selling of Treasuries and buying of Japanese government bonds.”

The United Nations has called for greater global coordination among central banks to avoid worldwide fallout from rising interest rates. But domestic central banks are not responsible for the global economy, only their own.

Global financial markets are likely to remain unsettled heading into the end of the year.